Grynch, through no fault of his own, elicits fussy criticism from Town music writers and rap heads alike. But, as he states in his new track “Carry On”, “Been in the game for ten years” is an unfuckwitable statistic, especially considering how so many other buzzing MCs fall by the wayside after far lesser time making music.

Street Lights is the new album from Grynch dropping tomorrow (Tue, April 29). Catch the Ballard native rocking an album release show in his honor on May 2 at the Crocodile, along with a team of sparkling acts: The Bar, Dave B and Jake One. 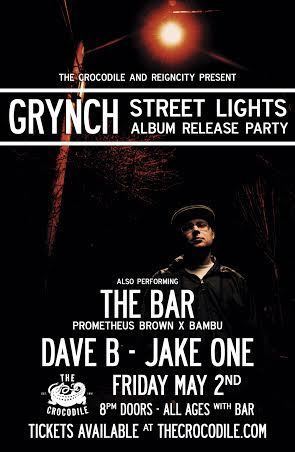