This short film, inspired by and featuring instrumentals from Sax G‘s Tu Me Manques, was conceived and directed by Roger Habon (aka 10.4 Rog). Per the Cloud Nice blog:

The latest entry in The Good Sin’s #FallBackSeason series. Dude is trying to dominate the blog with these weekly drops. Other rappers step your games up.

Parker and Lace Cadence dropped the title track to their upcoming Imagination EP. Watch for that in about a week from Members Only.

The Good Sin has one of the most promising voices in area rap and this track highlights why. That deep baritone hovers over producer 10.4 Rog’s uncluttered atmospherics like a cumulus cloud over shimmering Lake Washington. Check out why this blog called their Late one of the area code’s best albums of 2011.

206UP.COM’s Top 10 Seattle Hip-Hop Albums of 2011 concludes today with the list below, the blog’s five favorite local releases of the year. I hope you enjoyed the list and that it generates an active response in your brain — that’s really the sole reason we do these year-end list things, anyway. Everything is up for conjecture. If you have something to say, I want to hear it — the Comments section is there for you to use. As before, links to download or purchase are included, just click on the album covers.

Producer 10.4 Rog’s beatific sense of rhythm and electronic adornments made for the perfect counterpoint to The Good Sin’s grounded, low-pitched raps on getting by financially and romantically when success with both endeavors seems fleeting. I recall downloading this free album right around the time Odd Future’s proverbial cream was rising to the top and, upon listening, was happy to experience a different type of hip-hop escape: Finding a relatable and comfortable space of existence between Rog’s airy atmospherics and Sinseer’s lyrics on the everyday struggle. For most listeners in Seattle, this was a formal introduction to both producer and MC. Late set an incredibly high standard for these promising young artists whose stars are still rising.

4. Khingz – Liberation of the Monster

A relocation to Vancouver, BC has not changed the allegiance or focus in subject matter of the South End’s most self-aware rapper, Khingz. Liberation of the Monster was the best collection of tracks the MC has released since 2009’s remarkable From Slaveships to Spaceships. Canadian producer Rel!g!on was responsible for all of the beats, a Pacific Northwest re-working of the SoCal gangsta aesthetic found on 1990s albums like Dogg Food. While Khingz may forever associate himself with that style of rap nostalgically (like many us who came-of-age in the 90s), he’s decidedly more responsible and progressive in his rhymes. His course is set on a better future, a destination borne from a dubious past. On tracks like “Monster’s Lib” and “Hard to Say,” the MC is so diffuse in his rhyming it’s hard to keep up with the words. You would be too if you had the rare combination of artistic acumen and social enlightenment of this rapper. 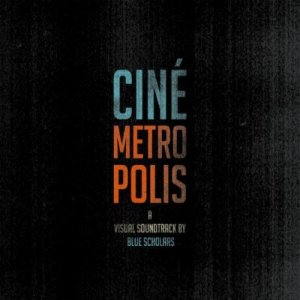 Even Shabazz Palaces’ debut LP Black Up didn’t ignite the local hip-hop landscape initially the way Blue Scholars did with their third full-length album, Cinemetropolis. Behind the strength of a Kickstarter campaign that generated a pre-album release $62,000 in donations in six weeks and a subsequent 33-date national headlining tour, Geo and Sabzi remained Seattle rap’s sentimental favorite (until the next Macklemore drops, anyway).

Producer Sabzi developed a new sound for the group: A bass-heavy mix of heady synth and tropical rhythms. And MC Geo wove his love for cinema and social justice into conceptual lyrics that succeeded in entertaining and provoking thought. As the members of Blue Scholars age, it seems like their fans are getting younger, which bodes well for the future. If the youth are independently choosing to support acts like this, then maybe there is hope for the coming generation.

2. The Physics – Love is a Business

A giant leap forward for Seattle hip-hop (and R&B for that matter). The Physics’ Love is a Business was the long-awaited follow-up to the group’s first LP, Future Talk, a record that held many promises for those heads still living in rap’s Golden Era. Love is a Business did have much in common with its predecessor, but also moved beyond with a wholly-conceived sound that was more soulful and refined thanks especially to don’t-call-them-back-up singers, Malice and Mario Sweet.

LIAB represents Seattle hip-hop in its most fully-grown incarnation. Thig Natural, Monk Wordsmith and Justo placed themselves contextually in that realm of maturity where one is still young enough to enjoy a Tuesday night jump-off encounter, but not without a hint of regret at having to face the coming work day on little to no sleep. In these mens’ lives, the intersection of their art, professional careers and romantic engagements are inseparable, each one informs the other. If there’s any justice in the musical universe someday The Physics will make beats and rhymes for a living, and this album’s description of their current existence will serve as a fond reminder to them of when life was a little less charmed.

At this moment in time, it’s impossible to place Black Up into appropriate hip-hop context. But that’s because (and any theoretical physicist will tell you this) time itself is merely an illusion. Similar to the career of Shabazz Palaces’ primary motivating force, Palaceer Lazaro (earthly name: Ishmael Butler), the sounds on Black Up ascend to the stratosphere, only to dissipate and fall invisibly to the terra firma where the music is reformed into new lyrical notions and sonic movements. The sounds here are transient, but everything in Butler’s past seems to have been pointing to this moment.

If you had to pinpoint an origin for Black Up, you would say its spirit is rooted most firmly in Africa. The Palaceer’s words stay tethered to a motherland but course off in many directions, just like peoples disseminated (by choice and by force) across the globe. As I type this, Shabazz Palaces is spreading its ethereal sound across parts of Europe, and will likely move beyond that continent. How fortunate we are in Seattle then, to be able to call our city SP’s corporeal home. I don’t think many people in The Town realized a spirit like Shabazz’s existed in their midst. Seattleites (and the world), take note: If that’s cream you’re putting in your coffee — don’t. Better to drink the elixir Black.

Late, the EP collaboration between MC The Good Sin and producer 10.4 Rog, is one of the best local releases of the year. It’s a type of musical awakening for these two artists, both highly-respected within the area code but relatively little known outside of its tight-knit community.

It’s only right then that the video for “The Crown” moves beyond the SEA. Here we see Sinseer on a trip to Southern California, going to rock with Blue Scholars and Bambu on their recently concluded tour. As fellow performers (The Physics, Brothers From Another) endeavor to keep an exhausted Sinseer from dozing off, it’s a young girl from the ubiquitous Occupy movement that gets in the final word — a nice touch of immediacy from the ever-improving John Harry Baluran of Detooz Films. 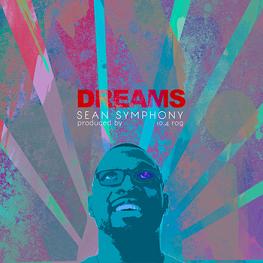 Sinseer the rapper got trouble on his mind in his first video from Late, the collaboration with producer 10.4 Rog. Detooz Films’ John Harry Baluran in the cut behind the lens.

Everything about this track pops. From 10.4 Rog’s piercing snaps and hand claps, to the spirited verses from Th3rd’s all-star roster (if you don’t know by now you better do your homework, dunny). This joint is about H.E.R. love and it sounds like Summertime.

After a week of listening to far too much Odd Future than is healthy for one human’s conscience to bear, it was incredibly mollifying on the dome to come across this gem, the 10.4 Rog and The Good Sin collaboration, Late.

Renton’s 10.4 Rog has built a steady rep for creating a diverse array of soundscapes that are influenced in equal parts by J. Dilla’s complex boom-bap and the electronic wanderings of Radiohead. The result of Rog’s genre amalgam trips are progressive, visceral renderings of hip-hop that feel more instinctual than intentionally crafted. Very few producers possess this aptitude which, in the end, isn’t about how nice someone is with Fruity Loops. Folks like 10.4 Rog and oc Notes do this sh-t based on hunches and less on the basis of study.

If Rog’s nine tracks on Late are the result of a naturally occurring head-in-the-hip-hop-clouds faculty, then emcee The Good Sin’s rich baritone is the anchor that keeps the songs tethered to the ground. There’s a brilliant dualism at work here: while the stark contrast in tone between Rog’s atmospheric instrumentals and Sin’s heavy voice is readily apparent, the two also work in perfect unison when Sin occasionally lets his mind and words wander inside the producer’s compositions.

For the most part, Sin is a cat still trying to find his voice, at least contextually. Dude can rap on most anything as his past drops and mixtape (Ready or Not) have shown, but listeners still don’t really know who he is. Late reveals the emcee to be a true poet who is equally comfortable exploring spoken-word’s ambiguous nebula (the album’s opening and closing, “Wake Up” and “Endpiece”) as he is rapping on concrete subjects like getting money and getting over (“Pages & Wages”). The Stranger’s Charles Mudede recently compared Sin’s rap ethos to that of Geo of Blue Scholars because of their similar working-class bearings. The comparison is appropriate in that vein, but Sin also possess a certain poetic now-ness to his style; a lyrical method that blends the esoteric and the concrete. It’s exciting to find that type of complexity in The Good Sin, who was previously most notable for his strong delivery.

Hip-hop is not typically something I listen to when laying in bed trying to go to sleep. While it’s by far my preferred musical genre, most of it is too immediate and glaring to be relaxing. Late is something much different, however. The album can be explored with a full ear attuned to the beats and rhymes, or it can be put on in the background and allowed to seep in little by little. It’s one of those rare pieces of music where my mind didn’t have to make the conscious decision to LIKE or DISLIKE. It just knew from the moment it filtered through.

Late is available for FREE download. Click on the album cover above or the Bandcamp link below.