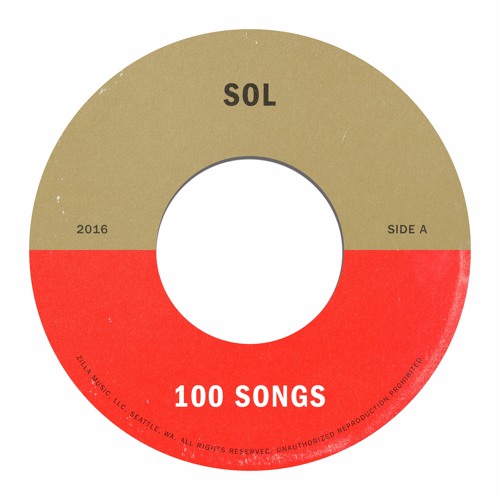 Earlier this month, Sol blasted back at Raz Simone’s dual indictments, “Same Problems”/”Charged Up”, with a dramatic reminder of why the positive-minded MC remains so heavy in the Seattle rap game: Pop-minded hip-hop notwithstanding, dude can spit.

Refusing to step out of his well-paved lane, Sol dropped the catchy “100 Songs” late last week as a follow-up to his Tuesday Bitorrent barrage of 99 songs which he released for free. “100 Songs” is the advance single from Sol’s album, The Headspace Traveler due March 4. It also marks the announcement of a national tour in the same name and with a grip of dates you can see here.