On the first day of Autumn, a few hundred Seattle residents celebrated the city’s return to dreary gray weather by gathering to be a part of a sold-out show featuring two of hip-hop’s most profound underground MCs: Bambu and Brother Ali.

Full disclosure: I saw Bambu perform in LA when I was in college and became a total fan girl. Needless to say, his presence on Brother Ali’s “Home Away From Home” tour caused me to have exactly the same reaction. Dressed in all black like an omen, he appeared on the Crocodile’s stage full of Cali swag. And while his delivery is cool, make no mistake, everything about Bambu can be summed up in one word: Power. He was there to give you a show, yes, but mostly he was there to give you an education. Bar after bar, rhyme after rhyme, social justice delivered in dramatic form is the name of his rap game. With all the heavy subject matter — Ferguson, women’s rights, student loan debt, to name a few — listeners took away a better history lesson on what it’s like to be struggling in America than they could have from a classroom.

H/T to Ego Trip for this one. Brother Ali hits us with a 10-track collection of outtakes, playable as a “cassette tape”, and produced entirely by Jake One. “The beats are grimy and I feel like this is some of the best rhyming I’ve ever captured on tape. I want to release this directly to you,” said the Rhymesayers MVP. 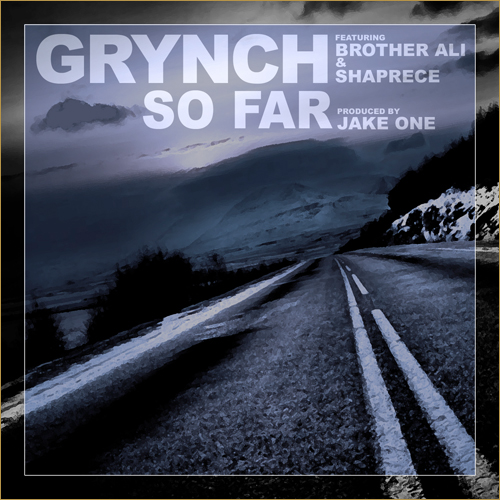 Grynch is gearing up for the release of his new LP, Perspective, due March 2 of this here year. “So Far” is a monster look with monster features and a monster producer behind the console. Get it here via 2dopeboyz.

Those drums…Damn. I don’t know if they originally belonged to Jake or not, but Brother Ali lays his words down on ’em and claims them for his own. Check the one minute mark when the sample falls away and all that’s left is the hook and the spare beauty of the rhythm.

(Spotted at Members Only.)

I know I’ve been all about the videos lately. (Pssst: it’s a tactic this blogger uses when he doesn’t have the time or inspiration to write something of substance, shhh…don’t tell anyone.)

Here’s yet another one: A.R.M.’s video for “Heaven Only Knows.” A.R.M. is based in Minneapolis (M.anifest by way of Ghana, Krukid by Uganda), with the Seattle connect being the production which is by Town-native, Budo. If I were looking to have only one producer handle my debut album (dropping 2015, son!), Budo would be on my shortlist.

(P.S. Just kidding about my debut album. Please, I couldn’t rap my way out of a wet tortilla.)