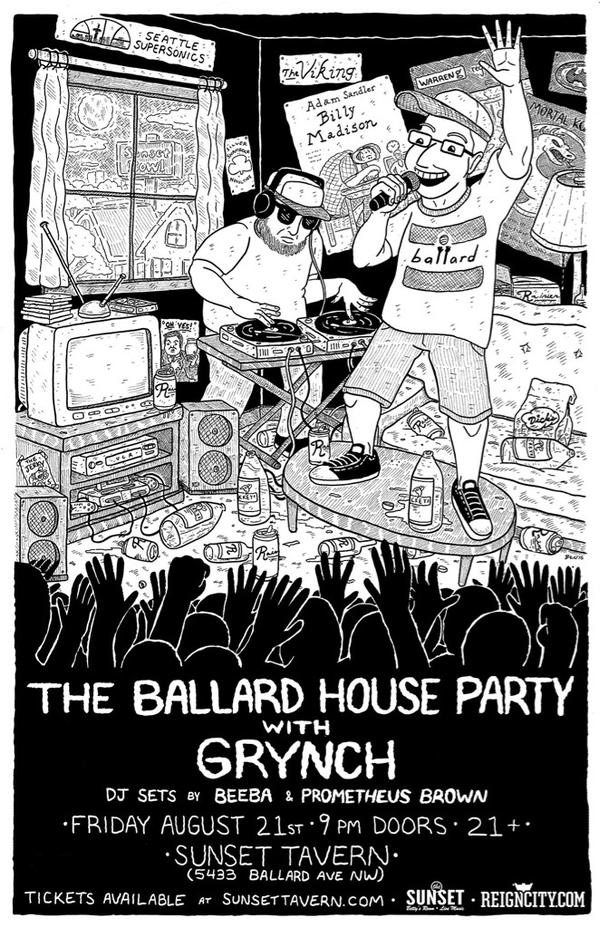 Ballard’s finest MC, Grynch, along with your selectors for the evening Beeba and Prometheus Brown, will be rocking the Sunset Tavern this Friday (August 21, 2015) for the Ballard House Party. THIS CONTEST IS NOW CLOSED. THANKS TO THOSE WHO ENTERED!

Armed with a press pass for the weekend, 206UP sent our intrepid photographer Rafael Ochoa into the Sasquatch! fray. He emerged exhausted and sunburned, but triumphant in his efforts to grab some dope shots of Seattle hip-hop artists doing their thing. Check it out below.

Wanz — and friends Warren G, Grynch and Crytical — now have the appropriate high-def to go along with their West Coast dedication to the late Nate Dogg.

“Highly anticipated” is a hyperbolic phrase that gets thrown around too often, much like “hottest rapper in the game” and “New England Patriots dynasty.”

The Cigar Room, Neema’s (ahem) highly anticipated album with producer Keyboard Kid, has simmered somewhere on a hard drive for a long enough stretch of time that the street’s anticipation for the conspicuously missing album has come in, out and back in fashion like a pair of acid washed jeans. So the phrase is still apropos, especially on the proverbial eve of the record actually hitting pavement via an appropriately provincial debut at The Jet Bar & Grill in Mill Creek tonight (which also serves as the kick-off of a regional mini-tour). The online release via iTunes is set to happen in a week.

Score one for the slow rap movement*.

We’re especially happy over here at 206UP because Mr. 10K himself has graciously allowed us to premier the latest single from The Cigar Room: “SuperSonic Keyboard” which features guest shots from fellow Seattle rap populists Grynch and Prometheus Brown. This track finds the three posted up in the backroom, preferred carnal delights being enjoyed by the respective rappers: a surprise striptease for Neema, open flask for Pro Brown, and bitch-slaps for subpar MCs trading in his style for the King of Ballard. It’s all adorned with additional vocals by Latin Rose and J Landis, and Keyboard Kid’s reclined production, which vaguely references the best R&B stylings of the mid-’90s. Smoke one, as they say.

*I may or may not have just coined this phrase. Shout-out to the slow food movement for the inspiration.

Wizdom’s own version of a Seattle rap anthem can’t outdo the poignancy of Spekulation and company’s “Home Of The Mighty” which dropped late summer and somehow managed to be both a triumphant summary of the city’s cultural touchstones and an acknowledgement of the damage much of those have wrought. Still, props to Wiz for the lovely scenery in this video and, oh hey, a Macklemore cameo! (Unsurprisingly he’s the only one not driving his own whip.) From Wizdom’s recent The Next Step.

From their “One A Month” release series, Theoretics recently dropped this soulful, introspective cut featuring Grynch and Olympia’s Afrok. Worth a spin.

Mr. Thrift Shop, Wanz, with a new single in honor of the late great Nate Dogg, the California rap crooner to whom Wanz is most often compared. This joint already rolls along nicely in a G-funk fashion, but to make matters even better Warren G, Grynch and Crytical all join in the tribute. Grab the track here. 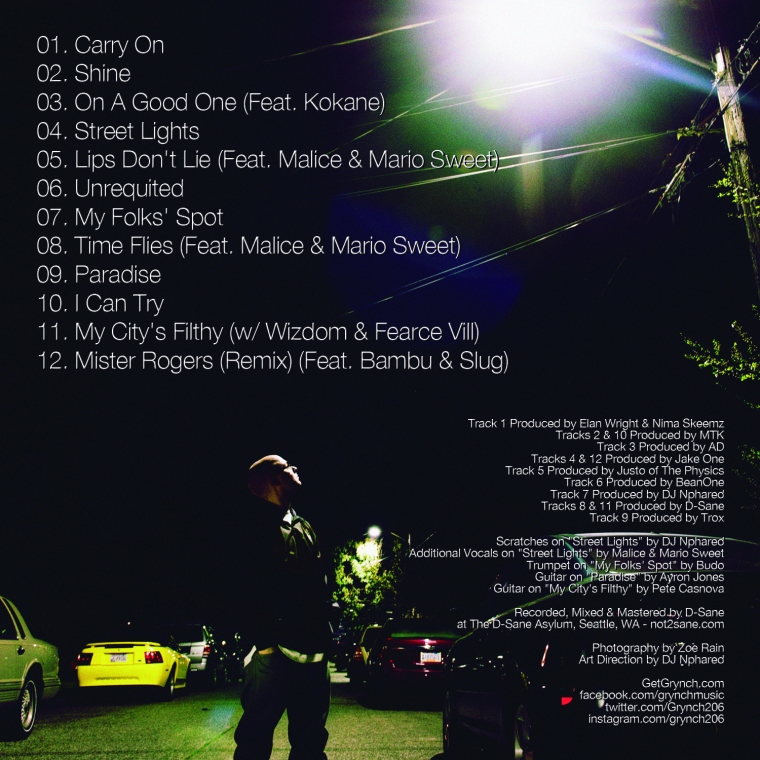 Grynch is ten years, four albums, and a grip of mixtapes deep into a rap career that has seen the proclaimed King of Ballard garner worldwide fans and a copious amount of Seattle rap leverage. Street Lights (released today) is his most recent offering, and it contains more of the same reflective yet self-assured raps as his past work. SL boasts production from a VIP list of 206 board operators (Jake One, MTK, Trox, and Justo among them) and a straight-up awesome cameo from California’s legendary G-funk hook man, Kokane. A full album review is coming soon right here.

Grynch, through no fault of his own, elicits fussy criticism from Town music writers and rap heads alike. But, as he states in his new track “Carry On”, “Been in the game for ten years” is an unfuckwitable statistic, especially considering how so many other buzzing MCs fall by the wayside after far lesser time making music.

Street Lights is the new album from Grynch dropping tomorrow (Tue, April 29). Catch the Ballard native rocking an album release show in his honor on May 2 at the Crocodile, along with a team of sparkling acts: The Bar, Dave B and Jake One. 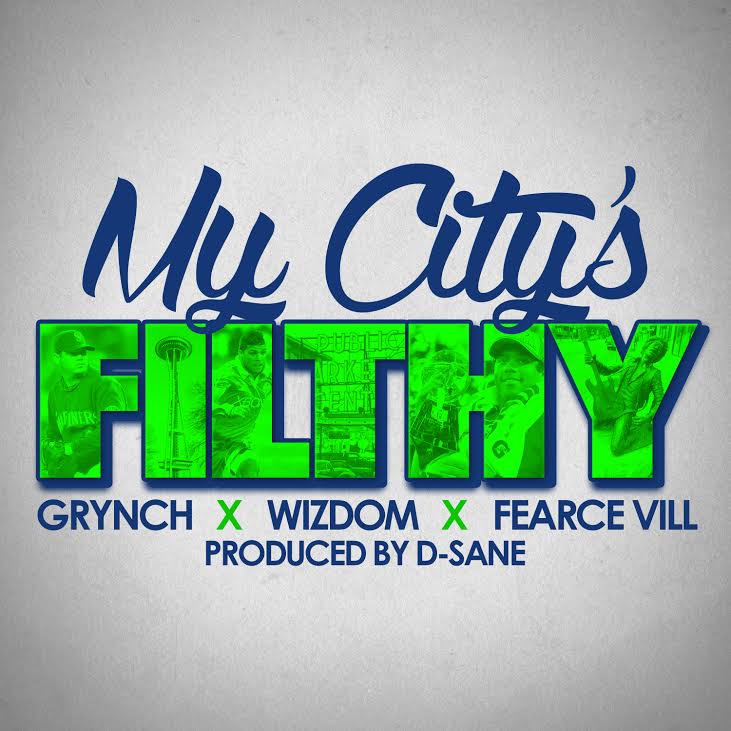 The rapper Wizdom has a new album dropping next week called The Next Step. First up to bat from that project is his opus to the Town, “My City’s Filthy”, featuring vocal assists from Grynch and Fearce Vill (of Dyme Def), and a cinematic instrumental backdrop by D-Sane. A nice re-entry point by Wiz who we haven’t heard from in a minute.