J. Pinder recently let fly the high-def treatment for his track “Loaded Gun” (produced by Vitamin D). BeanOne is involved as well, but this time behind the lens rather than the boards where we usually find him. 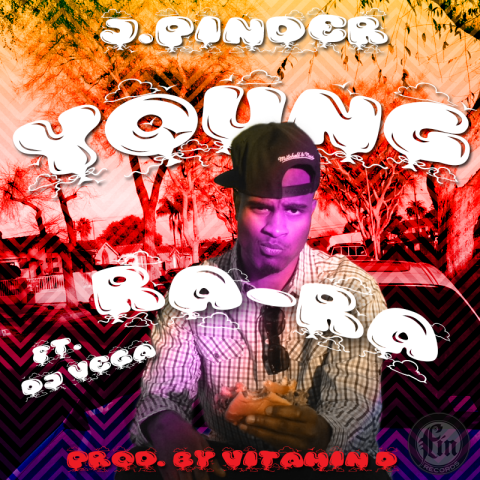 Hometown bias has caused me to vote repeatedly for young J. Pinder for the final spot in XXL‘s Freshman 2013 class (I truly love me some Bronsolini, doe). You can go here to show your support. And peep the new joint, “Young Ra Ra,” blessed by Vita’s necessary adornments below. 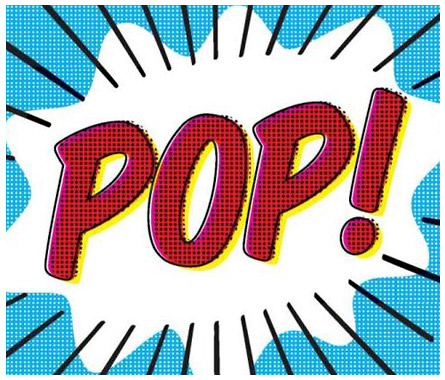 Deep-voiced narrator: 2012 will be remembered as the year when Seattle hip-hop stepped triumphantly from the dark recesses of the underground and brazenly into the pop music mainstream light.

Or something. Until this moment, surely Seattle rap had never been as prominent on a national level as 1992, the fated year Sir Mix-A-Lot squirted baby oil all over a bunch of hapless, anonymous rear-ends, thus adequately drowning out the city’s fine underground hip-hop tradition while simultaneously setting back gender equality by about, oh, I’d say ten years or so.

But I digress. Seattle hip-hop as a topic of national conversation is in a much healthier and holistic place in 2012. Thank the Internet and the burgeoning liberal youth movement for that. There are local groups operating far afield with progressive musical campaigns that stretch beyond the constituencies of the 206, 425, 253, and 360 — and if you read this blog (or even outlets like Rolling Stone, Pitchfork and Complex) then you already know who they are.

Town rap has officially entered the pop music mainstream and, aside from the glowing national press and Billboard Charts, the biggest tell that things were moving beyond our beloved local brick-and-mortars is the overarching trend in musical aesthetics. This year featured the most decidedly pop-oriented releases in the history of Seattle rap. Artists like Sol, The Good Sin, Eighty4 Fly, J. Pinder, Royce the Choice, and Fresh Espresso all put their best ear-worm efforts forward and (for the most part) succeeded in their attempts. Even EDM got a nice emissary to the rest of the country in The Flavr Blue, a trio composed of prominent hip-hop players from the Town.

Stubborn rap purists will not call this the cream rising to the top, but for the staff of an outlet like 206UP.COM who appreciates Golden Era boom-bap and 80’s Hitz! in near equal measure, brand new doors to listening pleasure have been opened. Of course that sets our critical ears askew in some fashion and attempting to shake out where the “best” releases of 2012 stood in comparison to each other was the most difficult it’s ever been in this blog’s short history. As always, though, generating a list of the Top Seattle Hip-Hop Albums of the Year was a labor of love for your loyal blogger.

So here goes: The end-all, be-all, definitive catalog of what you should have kept at the top of your Seattle rap playlists in 2012, beginning today with Honorable Mentions and concluding tomorrow with the Top 10. (Note: links are provided to purchase or free download, where available — click on the album covers.) 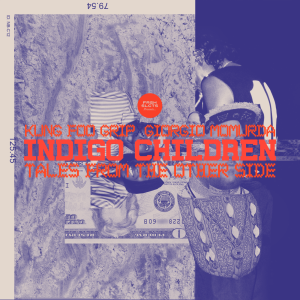 Kirkland rabble-rousers Kung Foo Grip found their producer soulmate in Giorgio Momurda for this EP collaboration. Indigo Children Tales From The Otha Side is home to the region’s best beat of the year, “FVCKV9TA5”, which bubbles, exhales, rattles, and combusts in perfect muted fury. MCs Greg Cypher and F is H spit juvenile raps with grown-up flows, close to riding off the rails at times but remaining the best exhibit of controlled lyrical chaos the city has to offer. 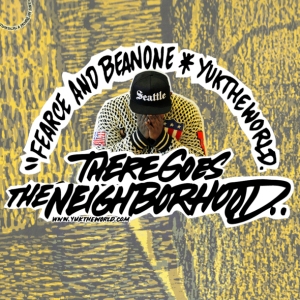 Fearce and Bean – There Goes The Neighborhood

This release by Dyme Def offshoot Fearce and Bean was one of those high-quality “traditional rap” albums that kinda slipped through the crevices of the Seattle pop sieve in 2012. There Goes The Neighborhood cracks, slaps and thumps by way of Bean One’s rare ability to flip equally exceptional samples into trunk-rattling heatrocks (see: the rock-tinged “Heart Breaker”). Here we also have the thinking man’s swagger of Fearce Villain who will certainly get all up in your face, but never without a good reason. “Bully” (which unfortunately didn’t make it onto TGTN) perfectly encapsulates what the third rapper of Dyme Def is about: keeping your conscience amidst the turbulence of a hard-knock world. 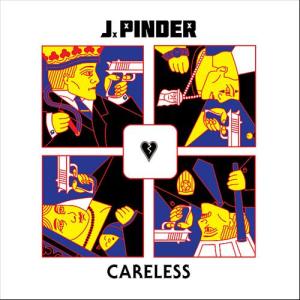 My main beef with Careless, J. Pinder’s official debut album, is that it often sounds like dude isn’t having any fun. And given the miles logged on the MC’s frequent-flyer card in the last couple of years that should not be the case. I’ve never met Justin Pinder, but he reminds me of a couple of friends of mine who spend a lot of time living inside their own heads, folks for whom the term “pensive” doesn’t begin to approach an adequate description. Judging by the jet-setting tales on Careless, J’s rap life is not devoid of the normal trappings of burgeoning celebrity, but he approaches it all with a wary hand and calculated measure. The fleeting balance between heedless indulgence and degradation of one’s own soul is parsed out expertly by J. Pinder over some of the most expressive boom-bap of the year. 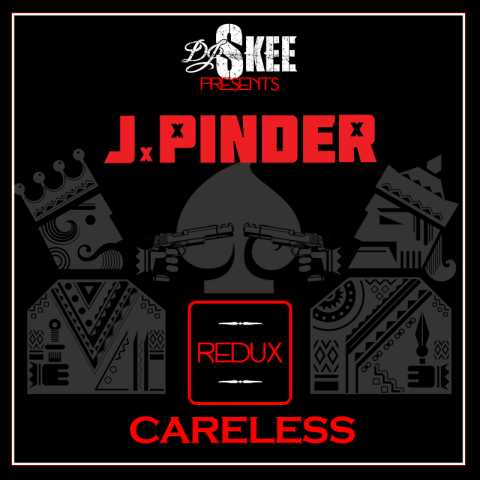 J. Pinder gives a new treatment to his previously released Careless (which I reviewed for Potholes In My Blog, here). Careless Redux is twice as long as its predecessor and features a heavy list of cameos: Rapper Big Pooh, Thurzday and Musiq Soulchild, among them. DJ Skee lends an assist, not that Pinder needs it. The young rapper has come to embody the very essence of “dependable” whenever he touches the mic. Get Careless Redux for free, here. 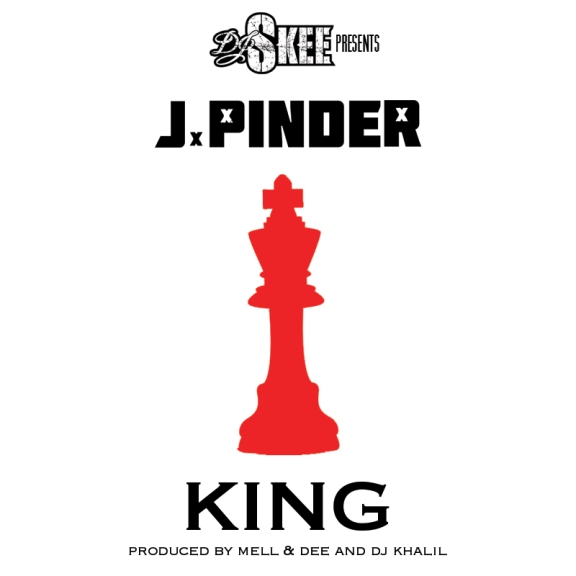 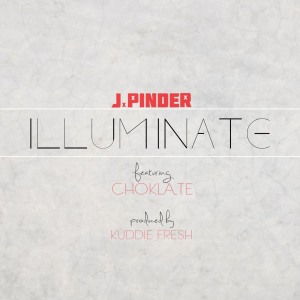 New dramatic clip from J. Pinder and director Trevor Traynor. “No Fault Of Mine” is off the MC’s latest, Careless, which I reviewed here for Potholes In My Blog.

Just caught this on Nah Right. J. Pinder’s new video for “A Learning Game” off the rapper’s Fin Records debut, Careless, which I reviewed at this location. 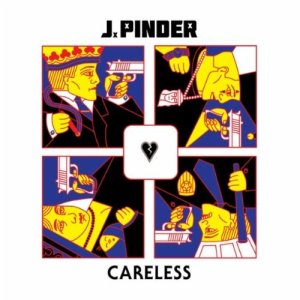 J. Pinder makes rap music the opposite of what he titled this album. Click over to Potholes In My Blog to read my review.

The hi-defs for “Never No,” J. Pinder’s lead single from the upcoming Careless (Fin Records).