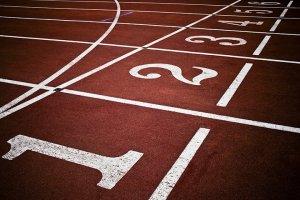 So many random tracks sent by aspiring emcees come through 206UP.COM’s email inbox that it’s impossible for me to keep up. Probably 90% of them aren’t even worth the two clicks it takes to download, but I try to listen anyway, mainly because I appreciate that someone has invested their valuable time and energy into producing a piece of work that they think is a valuable addition to Seattle’s hip-hop landscape. A high principle, yes, but one that doesn’t preclude the fact that most of the sh-t is hella wack.

I’d like to keep 206UP.COM a place where an artist has to earn his or her stripes in order to be put on. In the past that hasn’t necessarily been the case as I’ve thrown-up material that, in hindsight, should have been dragged straight to the Trash. That previously noted principle, though, just keeps f-ckin’ with me. Thus the creation of this new weekly feature on the blog: The TrackMeet. Here’s what it is: every week (specific day TBD), I’ll post three tracks that may or may not be nice and leave it to you, the reader, to decide. All I ask of you is to listen to all three and then vote and post a Comment for the one you think is the hottest/dopest/filthiest/bangingest/whatever-est.

We live in a democracy, dammit, and every hopeful emcee should have a voice, right? WRONG! Wack-ass rappers should keep their day jobs. Help me break it to them (not so) lightly! And with that, peep the first three tracks on this inaugural edition of 206UP.COM’s The TrackMeet.

From the group’s Myspace:

Living Proof is a two-man crew, Prem and Tope, currently repping Seattle and Portland respectively. With one full-length release and numerous live appearances under their belt, Living Proof is currently working on a second album in addition to a Tope solo album.

IzZy is a 19 year old emcee from Centralia, Washington.

In 2011, SATURDAY MORNING CARTOON will release its very first studio album which we have been working on for over a year now. So far we had recorded 15+ tracks to pick/choose for this album.  Now, in the next couple months, we are planning to get some collaborations done and I must say we’re very excited!!! To appreciate your love and support, I had remixed one of our songs “Little Birdy” last night. I would like to share this one with you.  This is available for FREE download… at least for now.