A stark, mean beat provided by STINT and Konrad OldMoney is the backdrop for Perry Porter’s well-constructed rant into the void. 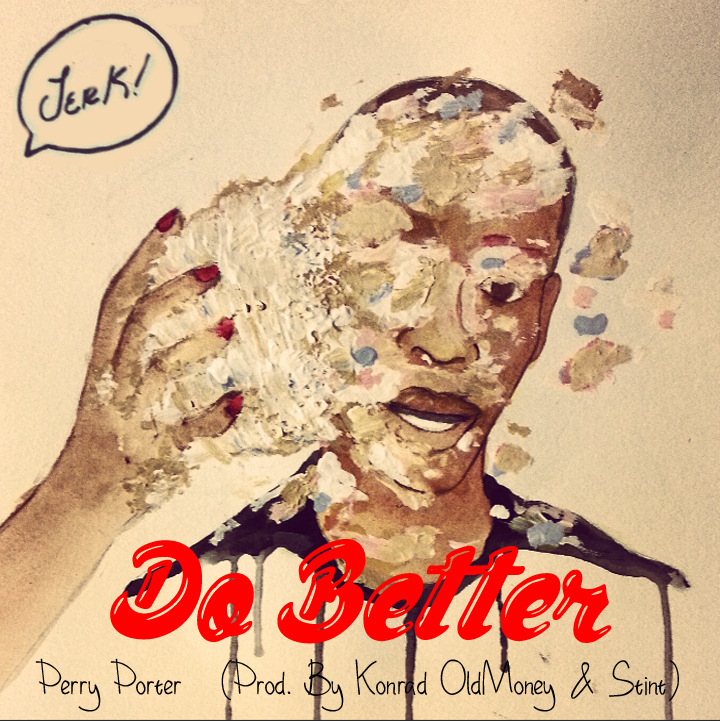 A pep talk disguised as a club track. Perry Porter strives to “Do Better” over upbeat production by Konrad OldMoney and STINT.

206UP has been off it’s regularly scheduled programming for a minute while we gear up to release our Top 15 Seattle Hip-Hop Albums of the last five years (2009-14). It’s coming soon, I promise — just need to collect the last few envelopes of cash from these thirsty rappers. You’d never believe how hard it is to extract payola these days what with our every financial move being monitored and recorded for perpetuity.

Anyway, the state of the world is … Well, I really have no words other than to say I can’t remember the last time I’ve felt such a range of emotions just from observing the 24-hour news cycle. There is so much pain and anger and risible sentiments of all types, it’s hard to muster the energy — or the desire — to celebrate anything. Spekulation’s Seattle-centric anthem “Home Of The Mighty” feels like the right song at the right time. It’s a poignant encapsulation of all the good and the bad, the dark and the light, that our fair city — and this country’s urban centers in general — are capable of producing. Last weekend, my wife and I watched The Birdcage, which was one of those familiar acts of celebration and lamentation we find ourselves participating in whenever a pop culture icon passes. We laughed our assess off, nearly to the point of tears, and it was interesting to consider where those fissures in composure were originating. The images in the video for “Home Of The Mighty” wrests similar feedback: alternating pangs of exuberance and regret over what the Town has wrought. You’d have to be an android not to feel it too. 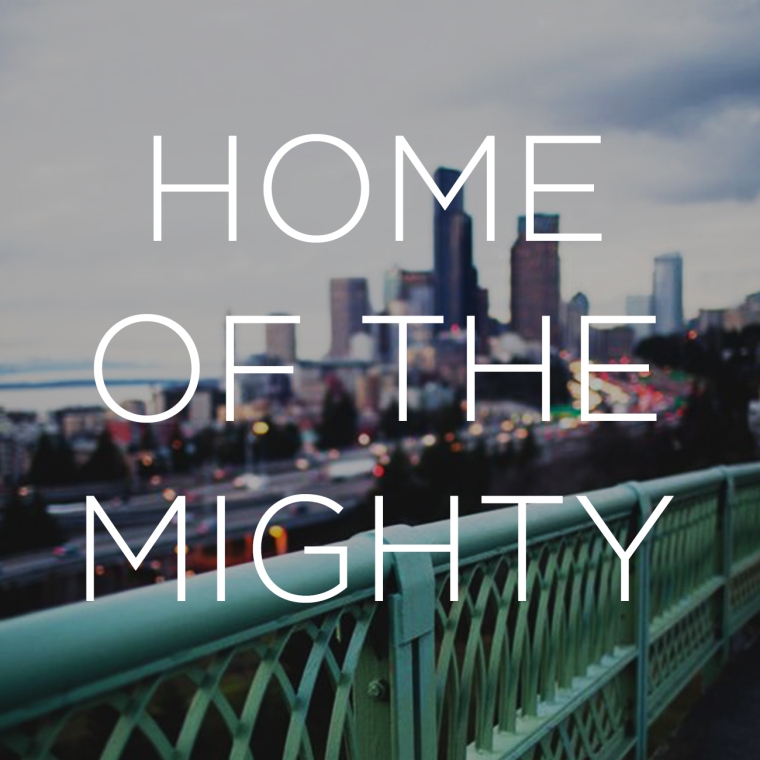 Spekulation knows a lot about proper placement, whether it’s the interpolation of live instrumentation in his songs — like the 20-piece horn section in his latest Pac NW tribute anthem “Home Of The Mighty” (featuring MC Perry Porter and vocalist Paolo Escobar) — or the year long effort he recently put in with frequent collaborator Nate Omdal scoring the short film Enemy Within (which just received a nice look from the New York Times). Read more about Spek and his work and creative process, here.

The official Dilla Day 2014 was a week ago in Detroit. The Northwest’s own Perry Porter paid his homage by rapping over three classic James Yancey tracks. Perry’s bars have often been better, but I contend that’s not really the point here: it’s just a pleasure to relive the genius that was J. Dilla.

The critical blogosphere loves diversity, doesn’t it? Actually, back up two paces.

The critical blogosphere loves talking about diversity, doesn’t it? And the only thing it loves more than that is talking about a lack of diversity. It loves all the hang-wringing associated with applying every last conceivable critical analysis to its pop culture artifacts until there is no single party left offended at the end of the exercise. The so-called “cultured” internet loves scrubbing down television, film and music until all of the prejudices and pre-conceived notions are polished to glisten at every discriminating angle the light touches. Visit any of the most popular news and culture sites for proof. The internet loves telling itself what is wrong with… Well, itself.

I do it all the time. 206UP’s most highly-trafficked post of the year was this piece on Macklemore I wrote during one particularly grumpy day in March. Culture critics are not impervious to falling through the looking glass even when the subject of debate is a hometown hero. Ken Griffey, Jr. used to strikeout on 3-2 counts with the bases loaded from time to time, and we cursed him (albeit secretly) under our breath for doing so.

All this to say, when your critical perspective is driven by the desire to see actual meaningful progress within music (to say nothing of major societal issues — racism, sexism, classicism, etc.) picking out all that is wrong from what might be an overarching right, can begin to feel like diminishing returns during those warm and fuzzy, honest moments. That’s how I feel sometimes about Macklemore’s music, and it’s especially how I feel about hip hop music in Seattle at the end of 2013.

Diversity was the name of the game during this city’s last annual cycle. Elements of hip hop were touched by more outside genre influences than ever before. That sounds like an obvious statement considering how music in general functions these days, but this is a Seattle blog and this is our own special microcosm. To wit:

Of course there are many more examples of Seattle’s rangy hip hop production escapades to note and maybe I’ll get to some of those in 206UP’s Best-of 2013 list which begins today. And of course the biggest music story of the year concerns an artist whose material you won’t find in any of the links above, which was an intentional omission. 206UP is — as the body of this text suggests — celebrating Seattle’s diversity in sound, and the rise of Macklemore above the humble din of Town rap’s other goings-on isn’t of primary concern here. He and Ryan are making us proud, sure, but that pang of dissatisfaction you might be feeling is a symptom of the secret you and other devoted heads of the SEA are harboring: The one that says Seattle hip hop has much more to offer than just a trending topic of the moment. More, in fact, than maybe any other region in the country.

After the jump begins 206UP’s look at the Best Seattle Hip Hop Albums of 2013: Three honorable mentions today followed by the Top 10 tomorrow. Make sure to listen to all of them, as each is worthy of your attention. Most importantly, try listening with an open mind. The lesson, as always, is that the passing of another 365 days brings each of us closer to curmudgeonly critical behavior. Thank God, then, there is hip hop to keep us young.

Peace and prosper in the New Year, 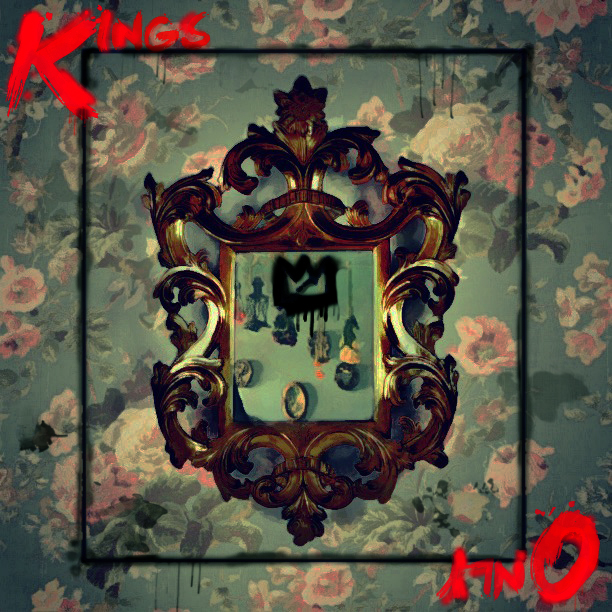 You might know Perry Porter as one half of Sleep Steady, the enigmatic duo that’s been making underground noise around Town for the last five years or so. Kings Only is Perry’s new solo EP and the rapper sounds the most self-assured he’s ever been. Vocal comparisons to Jay Z are a little lazy but not completely out of bounds (from a superficial standpoint anyway). Nay, Perry Porter seems like that rare cat who marches to the beat of his own inner metronome — definitely one to watch. Kings Only features production by the Supreme Sound Architects (BlackMic x The1storn x DJ Semaj).

TrackMeet contestants Sleep Steady dropped this video for “My Walk, Man” earlier this year. The duo of Perry Porter and CARLisDEAD came up short in the contest, but their visuals got flavor. Check for their Forty Winks EP, here.