The critical blogosphere loves diversity, doesn’t it? Actually, back up two paces.

The critical blogosphere loves talking about diversity, doesn’t it? And the only thing it loves more than that is talking about a lack of diversity. It loves all the hang-wringing associated with applying every last conceivable critical analysis to its pop culture artifacts until there is no single party left offended at the end of the exercise. The so-called “cultured” internet loves scrubbing down television, film and music until all of the prejudices and pre-conceived notions are polished to glisten at every discriminating angle the light touches. Visit any of the most popular news and culture sites for proof. The internet loves telling itself what is wrong with… Well, itself.

I do it all the time. 206UP’s most highly-trafficked post of the year was this piece on Macklemore I wrote during one particularly grumpy day in March. Culture critics are not impervious to falling through the looking glass even when the subject of debate is a hometown hero. Ken Griffey, Jr. used to strikeout on 3-2 counts with the bases loaded from time to time, and we cursed him (albeit secretly) under our breath for doing so.

All this to say, when your critical perspective is driven by the desire to see actual meaningful progress within music (to say nothing of major societal issues — racism, sexism, classicism, etc.) picking out all that is wrong from what might be an overarching right, can begin to feel like diminishing returns during those warm and fuzzy, honest moments. That’s how I feel sometimes about Macklemore’s music, and it’s especially how I feel about hip hop music in Seattle at the end of 2013.

Diversity was the name of the game during this city’s last annual cycle. Elements of hip hop were touched by more outside genre influences than ever before. That sounds like an obvious statement considering how music in general functions these days, but this is a Seattle blog and this is our own special microcosm. To wit:

Of course there are many more examples of Seattle’s rangy hip hop production escapades to note and maybe I’ll get to some of those in 206UP’s Best-of 2013 list which begins today. And of course the biggest music story of the year concerns an artist whose material you won’t find in any of the links above, which was an intentional omission. 206UP is — as the body of this text suggests — celebrating Seattle’s diversity in sound, and the rise of Macklemore above the humble din of Town rap’s other goings-on isn’t of primary concern here. He and Ryan are making us proud, sure, but that pang of dissatisfaction you might be feeling is a symptom of the secret you and other devoted heads of the SEA are harboring: The one that says Seattle hip hop has much more to offer than just a trending topic of the moment. More, in fact, than maybe any other region in the country.

After the jump begins 206UP’s look at the Best Seattle Hip Hop Albums of 2013: Three honorable mentions today followed by the Top 10 tomorrow. Make sure to listen to all of them, as each is worthy of your attention. Most importantly, try listening with an open mind. The lesson, as always, is that the passing of another 365 days brings each of us closer to curmudgeonly critical behavior. Thank God, then, there is hip hop to keep us young.

Peace and prosper in the New Year, 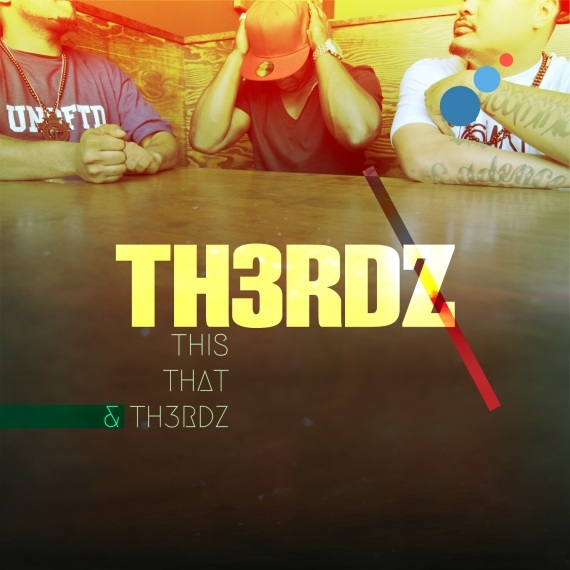 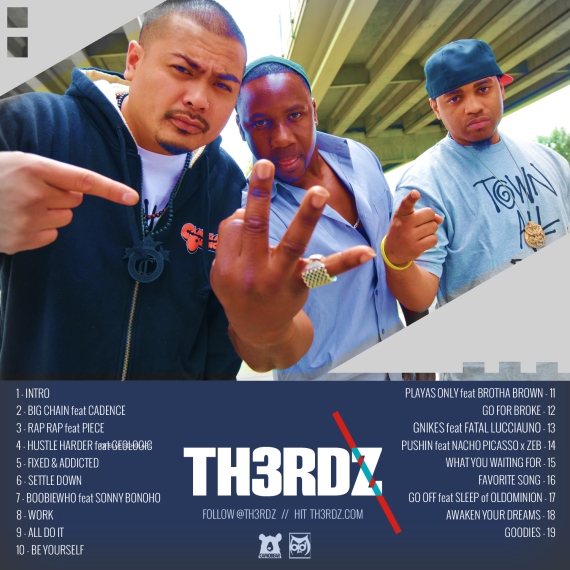 This one’s been a while in the making. It was supposed to drop in its entirety last year but instead we got a steady stream of loosies and videos, each one more slap-happy and super-lyrical than the last. Anyway, Th3rdz — the Oldominion supergroup consisting of JFK, Candidt and Xperience — add the full length This That & Th3rdz to the mix and it’s definitely worth your seven to ten ducats. Shit is just fun, freewheeling rap, appropriate for the particular season in which it finally sees a release.

This That & TH3RDZ is scheduled to drop June 18 on Camobear records. The best thing about this Oldominion supergroup is how they combine slap-heavy party joints with smart humor and some of the deftest lyricism you’ll find anywhere on the Western seaboard. We talk a lot about chemistry when it comes to the best team-ups in rap, and TH3RDZ is a perfectly balanced formula.

Hey, there’s a street date for TH3RDZ’s debut album, This, That & Th3RDZ, and it’s June 18! Chyeah! In the meantime, get hyped to their new song, “On Your Block.” Hooray for rap super-groups of the Pacific Northwest!

Fucking slaps and riotous laughs in this clip by Th3rdz. Candidt is a special fool for this one. For your reference:

[boo b whos] Show IPA noun, verb, bobbiewhoing.
noun
1. A person who plays you small until you blow up.
2. Catcher of the vapors.
3. Shallow person.
4. Bandwagoner.
5. Snake in the basket awaiting charming.

Th3rdz jump-off live from the basement again. This time for “All Do It.”

Live performance treatment of “Therapy” by Th3rdz. I wish this album from the soon-to-be legendary Oldominion crew would just hurry up and drop already.

This just in from Th3rdz:

Th3rdz back with a bangin homage to mashin.  Mashin is perseverance and diligence. Th3rdz sound and style over this stompin Kuddie Fresh beat is outlined with flow, lyrics, hook and soul. Candidt, Xperience and JFK spit it and pulled off a unique heater over a double break groove. 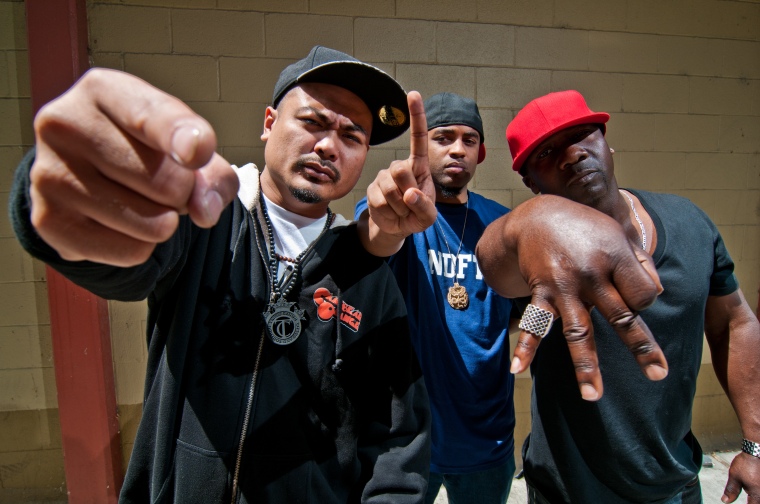 Based on a true story…

Super rap trio TH3RDZ are back with this hilarious track chock full of fun, libations and…well?…bullshit!! Produced by Chonie Diego of Night Fox, this track features each emcee’s true accounts of drunken stupor and frolic.

Here’s a party I wish I could have been at. TH3RDZ host a “Rap Rap” basement soiree to end all similar soirees. Director Mike Folden gets his hi-def on again. Grab the mp3 here.