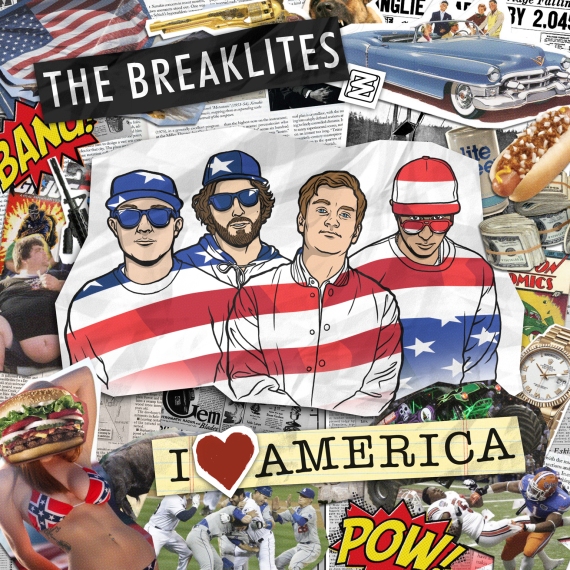 Tacoma’s The Breaklites with a new album, I ♥ America. There’s been a growing buzz around this crew of party-focused South Sound rappers and it’s all deserved.

Hey, Tacoma does bro-rap too! Nah, I kid (mostly). On the real, though, 206UP digs a lot of what The Breaklites do. This is just good fun in the California starshine as far as we’re concerned.

Rap with no fuss. I like this shit. Title track from The BreakLites latest, available below. #253UP.

From the Tacoma party-rocking crew The BreakLites: “Down” is their latest clip from the forthcoming In The Trunk, due this summer.

Tacoma’s The BreakLites with a clip from their latest EP, Rapface. I thought I was the only one left who’s never owned a pair of Jordans. Go figure.

Tacoma’s The BreakLites on some grimier sh-t than found on this past summer’s Robots and Daytons, an album that I vibed out to once or twice and need to revisit. The crew tells me this is the advance single from their next EP, Rapface. Also, buy the trio a beer when you see them on tour this December.

First drop from The BreakLites’ next project, Space, Time, and Mojo Too. The Tacoma crew’s last project, Robots & Daytons, was a hip-hop/disco fusion album strictly blended for setting off parties. “No” finds the trio in an easy tropical-style mood, but no less breezy and soulful.

Hip-hop and disco have had a long-lasting and fruitful marriage. From the essential breakbeat in “Rapper’s Delight” to Puff Daddy co-opting Diana Ross’ “I’m Coming Out” for Biggie’s “Mo Money Mo Problems,” both genres are fundamentally rooted in soul music, so the fusion of the two has always felt natural.

The BreakLites get it. On Robots and Daytons, the Tacoma trio of John McRae (producer and instrumentalist), Cruel (MC) and The Mayor (DJ) have created a nine-track blast of uptempo, highly danceable, disco/funk rap. It’s enjoyable because of the crew’s unapologetic mission of making pure party music, ensuring their Friday and Saturday nights have a soundtrack strictly designed for popping off. It’s legitimate hip-hop because Cruel’s mic skills are for real (at least on wax) and his freewheeling rhymes about beat writers, being broke and his affinity for gangsta rap, are charming and devoid of self-conscious pretension. Robots and Daytons was a late discovery for 206UP.COM this summer, which is a shame because that’s exactly the season it was made for.