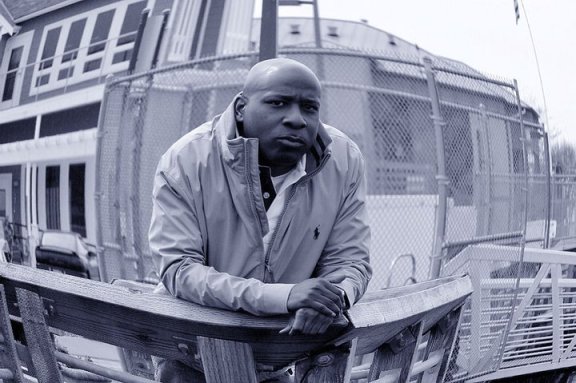 Last year I started what I hoped would become a regular feature on the blog called THE SIX, an interview feature with a simple formula: one artist x six questions = six answers that provided exclusive insight into the minds of those powering the 206 rap machine. I got as far as two interviews (Gabriel Teodros and Thaddeus David) before life took over, I ran short of time, and had to abandon the idea. (In case you don’t know, I run game solo over here and it’s strictly pro bono so sometimes shit goes that way.)

In any case, it’s a new year with new resolutions and I’m vowing to include more original content on 206UP.COM than ever before, so THE SIX is starting again in earnest. And what better way to reboot than with Fleeta Partee, a Central District O.G. of the Seattle rap game who’s been doing it for more than a minute, long before the Sharkface Gang-hoodied teeny bopper masses began loitering outside Showbox at the Market. There’s a deeper rap history in the Town to comb through and Fleeta is one of those qualified to help tell it. Read on for the rapper’s insight and go here to cop his latest EP, Lifemuzik.

I believe the 206UP.COM readership trends toward the younger set who might not know much about the deep history of Seattle hip-hop. So for those that don’t know, talk a little about when and how you came up in the local rap game and who some of your contemporaries were/are.

[I] came into the Seattle hip-hop game in the early 90s with a group called Shabazz Coalition. Back then you had mostly crews on the scene and not so [many] solo artists. Some of the most memorable names were Tribal, Source of Labor, Silent Lambs (who got me and Shabazz Coalition their first shows) and many more. Jake One was around boom-bappin’ back then, as well as Vitamin D laying the soundscape for Tribal. Seattle has had a hip-hop scene since the early beginnings of the culture. Even outside of the music you had aspects of the culture being represented. In fact some of my early influences in Seattle weren’t even rappers, they were graffiti artists and b-boy street crews. You had O2B (Out to Bomb), WWTC (World Wide Taggin Crew), J2C (Just to Crush), and DWTC (Down Wit The Crew) just to name a few.

What single artist would you say has influenced you the most over the course of your career?

The artist that has influenced my career? Man, that’s a trick question… [laughs] MCs always appreciate [other] dope MCs and what they bring to the table lyrically. It’s been so many dope cats over the years I’d be doing the culture an injustice if I singled out just one. I will say this though: I tend to analyze and admire the cats with staying power. This is music they said wouldn’t last long, and was labeled a trend. So when cats such as Nas, Jay-Z, Raekwon, or even producers like Jake One, Primo, and Dr. Dre are still around dropping relevant heat after 20 years in the game, I tend to admire and, in a sense, become inspired by their staying power. The game is a marathon, not a sprint. And with all due respect some of these hit songs on commercial radio, my kid could write. Hits don’t necessarily mean a cat will still be in the game for decades.

Are there any local artists that you’re feeling these days, in particular?

Local cats I’m feeling… Well with the town on fire these days a true hip-hop head would be hard-pressed not to find at least five he or she digs, so yeah I have a few. Any work my favorite producers lay down I’m diggin’: Vitamin D, Jake One. I can’t say enough about the drive and inspiration I get from their tracks. I’m feeling Fearce and Bean One. Me and Fearce collabin’ on some dopeness, as well as Bean. I’m feeling the Moor Gang movement. [That] Nacho Picasso cat is a fuckin’ rock star — probably the first true Seattle hip-hop sex symbol. I say that cause the boy got dimes in his fan base. The amazing thing is he’s attracting them while still makin’ hard music for the streets. Him, Jarv Dee and Gift of Gab are dope. Pinder is nice, The Good Sin, John Crown, my man Ish from Shabazz Palaces. Yirim Seck got a real nice flow — I got some work wit’ him too on the way. My man Tay Sean from Cloud Nice and Kingdom Crumbs stay pushin’ the envelope. I know I’m late [laughs] but I recently got into The Physics when they dropped that joint “So Funky”. Thig and Justo pulled me in on that one man. My guys Fatal [Lucciano] and Spaceman from Sportn’ Life bring it. I could go on and on… First and foremost man I’m a fan of Seattle hip-hop, so it’s many doin’ good work right now that’s helpin’ the town do what it do!

Your new EP, LifeMuzik, focuses heavily on issues and perspectives in Seattle that are rarely conveyed to the world outside of the 206 — namely those of the city’s marginalized populations. With Town rap blowing up nationally in the form of an artist like Macklemore, do you think people’s perceptions of what Seattle hip-hop truly is will be skewed?

What Macklemore is doin’ ya gotta respect from the business aspect of hip-hop. And guess what? He’s from Seattle so that makes it Seattle hip-hop! [laughs] It’s his voice and his form of expression — not mad at the cat one bit. So no I don’t so much worry that it skews the image, nationwide, of our scene. What it does is drive and motivate me to continue to bring my vision and my expression to the table for the world to digest and marinate on. I’m here to add balance to the mix — the yin to the yang. Seattle hip-hop is a representation of the city: very diverse, many different sounds, colors and creeds. In my mind that’s a beautiful thing. I rep what I rep, other artists rep what they rep. It’s something for everybody comin’ outta Seattle hip-hop!

What was the last great book you read?

The last good book I read was called The Business of Hip Hop. I bought it a while back and didn’t touch it for a while thinking it was some warped version of the truth. But once I got into it, it shed light on a lot of behind-the-scenes moves and brand-building I had limited knowledge of. [It] helped me look at the game from another perspective too. [There is] another one called Hit Men. Both are books about behind-the-scenes industry-isms and schisms — pretty insightful. I tend to read a lot, and usually more than one book at a time. It’s the Gemini in me. In fact a book helped to inspire a project I’m working on now. Can’t reveal the title [laughs] just stay tuned…

What are your upcoming projects folks can look forward to?

I got a few in the fire. Just stay tuned to fleetapartee.com and twitter.com/fpartee. I’m grindin’ man, so there’s joints in the vault stackin’, just a matter of when and how me and the team wanna drop ’em. Nowadays it’s all about that good ol’ timing. I’m proud of what I did in 2012 which makes me hungry for more. You’ll definitely be hearing from Fleeta Partee and the label Animal Houze Recordz this year and beyond. Like I said, stay tuned and appreciate the shine and facetime! Reign City rock, rock on!