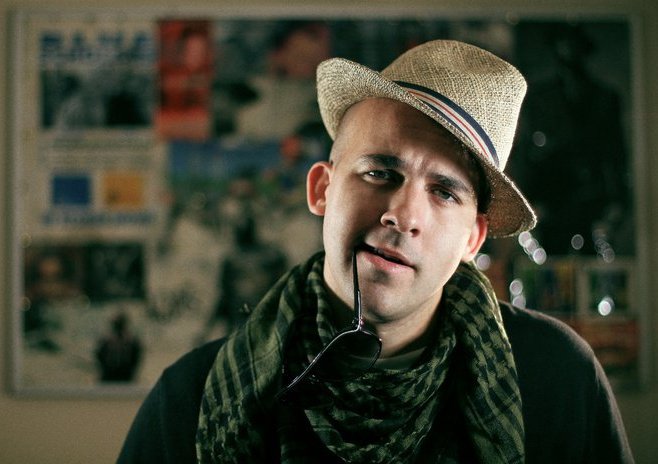 Kublakai’s most recent musical offering Wheels Up was, in the rapper’s own words, an EP ten years in the making. It’s easily his most well-rounded album from a musical standpoint, succinctly covering the base of his musical affinities from jazz to hip-hop. Tracks like “Morning Light” and “Moan” interpolate Kubi’s practiced technical MC abilities with a great love for the music’s source material: big band instrumentation in the former track; the free form jazz associations of Charles Mingus in the latter.

Currently, Kublakai is in the midst of a seven month study abroad program through the University of Washington. 206UP caught up with him in South America — Chile to be exact — for this edition of THE SIX. Hit the jump to read more.

206UP: Talk about the reception of your most recent EP, Wheels Up. What type of feedback have you been getting?

Kublakai: Overwhelmingly positive. I have literally not heard someone say something bad about this project. To [my face], at least. If I’m being honest, I think this is the first time in a while where people heard my new music and really engaged [with it]. What I mean by that is, I have been getting a lot of, “So whats next?” For me, that’s the indicator that it’s dope. I think when you get stagnant with your creativity, you fall into patterns and it shows, and people lose interest. I think my music was stale for a while. People would be like, “Dope!” but that would be it. They liked it because they like the “Kublakai thing,” but didn’t really care if something else was going down.

2. You’re in South America (Chile) for a seven-month study abroad program. What’s been your most interesting experience thus far?

Definitely the language immersion thing. Living with a family that speaks no English is such a mind-melting experience. It puts your brain to the test; you are constantly thinking. That sounds obvious but until you are put in the situation, you don’t understand. Your brain is a muscle, right? Just like your legs. It’s kind of like: imagine walking up a really steep-ass hill all day, everyday, for 6 months. It’s easier now after 3 weeks but those first few days… Wow, intense. [It’s] exciting, scary, embarrassing, challenging, and a million other things. It’s like nothing else I’ve ever experienced. It’s such a roller coaster. One second I think, “I’m gonna be fluent!” [and] the next day [I wake] up like, “How do I say the word ‘hello’ again? Fuck.”

I’ve also done some crazy things like climbed the same mountain Darwin climbed in 1850 or something — which was super hard and I never want to do again. I visited both of [Pablo] Neruda’s houses and went to some dunes that are literally behind a supermarket. It’s like if there was a mini-desert between Fremont and Ballard behind a QFC.

3. How do you think your traveling and studying will influence your music?

The reflection on hip-hop and my career when I’m abroad usually brings me back to this question of, “Why do I do it?” Which is a good question to have close to the surface at all times for any artist. Music isn’t about music these days; it’s about image, presentation and movements. That’s pretty wack in my opinion. Traveling forces you to remove the ego and think about life in a grander way. You are far from [your] comfort [zone], at the mercy of others, usually. You can’t feel self-important when you just want someone to help you figure stuff out. Whenever you are out of your comfort zone, you are forced to think differently and you will change in the process. I welcome the change.

Maybe [my music] will be more poetic because I’m in Valparaiso, Chile where they worship and shove Pablo Neruda down your throat everywhere you go — not mad at this by the way. Maybe it will be more colorful somehow because the colors and style here is so vibrant. Or maybe I will incorporate more indigenous instruments or Latin flavor in my music when I get back, who knows? Or maybe I will stop making music altogether. A lot of the time, when I travel, music feels less important to me because making music for the purpose of distribution feels so fucking self important that it makes me crazy.

Don’t get me wrong, I care deeply about the Town, my music, and the future of hip-hop, but it bothers me [deeply] at times. Travel cleanses my palette.

4. Are you ever concerned with being away from the Seattle hip-hop scene for a prolonged period of time?

Not even a little bit. I took a long time off from performing and recording and even going to shows when my mom got sick and pulled away even more when I went back to school. I was, and still am, a little bit of a hermit so it wasn’t very difficult to pull away. I’ve never stopped writing though. At first it was terrifying to think I might not be a part of that scene and culture, especially one like Seattle’s that is so vibrant and popping right now. But now there is comfort in knowing there is life after [that].

I make music because I want to. Being a part of the scene is a privilege and I enjoyed being connected to it for so long, but it’s not the end of the world [to me] to not be name dropped on Raz’s new album or guest-listed at Lachow’s next show, or have Neema constantly talking shit to me anymore — shout out 10 stacks. I actually really enjoy watching the scene from a distance. [It] gives me a better perspective on things.

5. Have you heard Raz’s new EP, Macklemore Privilege & Chief on Keef Violence? What are your impressions?

I have. It’s amazing in my opinion. Everyone should hear it on content alone. But my biggest fear is that Raz will now be forever connected to an album that is, in a large way, click-bait.  It’s actually a super quality release. He is saying some things that really need to be heard. I don’t agree with all of it but I love how he is pouring lighter fluid on the conversation. But it is, without doubt, the most quality troll ever.

I’m hoping that he keeps his upward trajectory so that his name is not always connected to Macklemore. [Raz] deserves his own spotlight. He’s creating it but this could have been a misstep. I feel like Raz could be a household name, for real; a new, slightly different Kendrick or an ASAP Rocky or something. But those dudes aren’t name dropping for views and listens. I’m seriously rooting for him and I love the content in the EP, but the title bummed me out in a major way, straight up.

6. Do you have any music-related projects set to drop while you’re away?

Unfortunately, no. I was working on new music right before I left but it’s all unfinished. I have a track produced by Sapient that I think is fantastic and a song I did with Mario and Malice Sweet that I’m excited about but wasn’t able to put the finishing touches on [either of] them before leaving. I’m writing while I’m here when the inspiration strikes. And I look forward to finishing up stuff when I get back, but I’m just focused on my experience here in Chile and South America. I will probably never again be living with a family that speaks no English, going to school in a foreign country, and making memories 6,000 miles from the 206. I think music will be there when I return, right?