The Flavr Blue get moody on their latest single and video, “We Can Go Blind”, directed by Jon Jon Augustavo. Here the trio remain still — relatively for them if you’ve ever seen one of their live performances — and allow ballerina Kate Chamberlain to interpret the electronic ballad.

In partnership with Jae Change (whom you would recognize as Know Choice), 206UP.COM dips its pinkie toe into the wild waters of video interviews. Seattle’s The Flavr Blue sat down with us in the green room at NYC’s Mercury Lounge mere minutes before wheels up on stage. Thanks to them for the time!

You’ll see that I don’t appear in the video. That was by design. Jae and I are still developing my on-camera persona, which will likely end up being some combination of David Letterman, Nardwuar and Psy. It would’ve been wrong to subject Lace, Parker and Hollis to that kind of cult-of-personality just before performing.

“Ghost” — as in, “get ghost” and “Casper the Friendly” — is the new track from electro-pop/dance crew The Flavr Blue. This trio is taking off, as evidenced by recent successful live outings in and around Town, and this year’s upcoming edition of Bumbershoot where they’ll be performing. Enjoy your Friday and subsequent weekend, fam. Dance your way into summer.

Hollis, Parker and Lace Cadence have formed like a disco ball-headed Voltron to bring you The Flavr Blue, everything you’ve been missing from an electro-pop/dance outfit based in Seattle. Their debut album, Pisces, is out today (read this blog’s thoughts on the project here) and they also dropped the first video from the project. Opening track “F x F” gets the high-def treatment by director Jon Augustavo: retaliation, revenge and get-back via girls’-night-out.

Go ahead, Seattle, you can dance now.

If you’re a frequent and obsessive Twitter user who is also a frequent and obsessive follower of all things Seattle hip-hop, you may have noticed a mysterious Twitter handle mentioned for the last month or so by members of the local rap community. @TheFlavrBlue is the moniker and — up until a few hours ago — when the accompanying URL was clicked, it directed you to a simple picture of three familiar SEA artists vamping stylishly on a dock somewhere in front of Lake Washington.

Nothing more was revealed, however. No music or other information to speak of other than the pictured identities of the principles at play: Lace Cadence, Hollis Wong-Wear and Parker Joe. Nary a tweet from the cryptic account was present, either.

Finally, all curiosity is quelled, as today the trio have released a musical preview of Pisces, the debut album from The Flavr Blue. Due July 31, the ten-track album is a departure from what you’ve come to expect from its participants. It’s an expertly produced and self-assured collection of electro-pop and dance tracks that range from undeniably body-moving to zoned-out meditative. There’s no hip-hop here to speak of, but all three members of the group have found natural lanes for themselves within a different genre that still takes a few cues from more familiar territory. Lace and Hollis meld easily with lush vocals that are emotive but unforced, and Parker expands his musical repertoire with electronic panache that compares favorably with more well known producers in the field.

Parker and Lace Cadence collaborated on the Imagination EP. It’s five tracks of club-ready beats and nightlife-themed lyrics. Existing somewhere between the Greatest Night Out Ever and I Guess That Was An Okay Saturday, I listened to this on the subway yesterday and promptly forgot about it a day later — sort of like the nights out they describe on the EP. Ho hum. 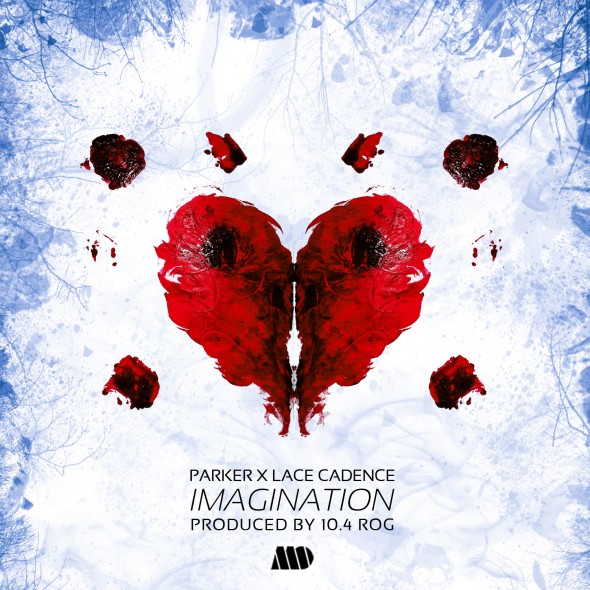 Parker and Lace Cadence dropped the title track to their upcoming Imagination EP. Watch for that in about a week from Members Only.

Parker (of State Of The Artist) and Lace Cadence (of, well, some things that I wasn’t a huge fan of) have collaborated on an EP called Imagination (due on February 14 from Members Only). It’s a collection of club-ready beats and rhymes (or sing-rhymes in LC’s case) that I imagine will sound something like “Blue Paper,” the album’s first single. Jon Augustavo kept it simple with the video. The helpful and friendly folks at MO provided the download — shout-out to them, as always.

Well, here we are. 2012. Another year, another chance for The Town to makes its indelible mark on hip-hop music country- and worldwide. I would argue 2011 saw the widest range of quality releases since I started paying extra close attention (circa 2005). Just like college basketball, parity seems to be Seattle rap’s strong suit. There’s a little bit of everything for everyone and it’s becoming increasingly difficult to properly represent all the styles being fashioned inside (much less outside) of the area code.

But I resolve to try, dear readers, and the immediate future will present many opportunities for me to do so. Let’s start with last week’s drop from Thaddeus David (aka. Young TH of State Of The Artist). His upcoming solo mixtape, Maven, drops on 1.27.12. TH is by far the most talented of the three members of SOTA, his gravelly flow and diverse range of styles runs the anchor leg of the trio’s party-rap relay. We’re looking forward to seeing dude get out on a solo sprint with Maven. “By Any Means” is the ‘tape’s clarion call, featuring a subtle bubbling beat by LA-based Ski Team, hook by SOTA teammate Parker, and guest bars from Onry Ozzborn. 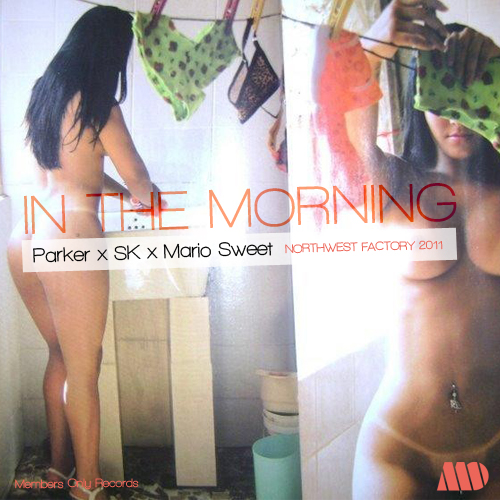 Check out these two joints from the Members Only hive-mind, and throw a few dollars their way while you’re at it. It’s for a good cause: a fund to help support label co-founder Rob Milliron’s recovery from heart surgery. Incidentally, I recently saw Big Rob (as he’s known) on the Food Network’s Diners, Drive-ins and Dives last week (it was a re-run) and now have a supreme hankering for that clam linguini at Bizzarro Cafe in Wallingford.

More from the MO press release:

During the recently past Summer the Members Only mind squad came up with a concept for a show featuring 100% new and original music crafted by unique combinations of vocalists, be them emcees or singers, with producers. We dubbed the night NW Factory.

Today we are excited to present to you two of the songs that were made for the evening. We are going to be taking donations for downloads to go towards helping our business partner Rob Milliron with his medical bills. He was undergoing major reconstructive heart surgery at the time Factory was happening.

“Cadillac Spaceships” saw State of the Artist member Parker and Cloud Nice representer Jarv Dee teaming up to wreak havoc over a bubbling and bass heavy WD4D slapper. Play as loud as your neighbors can stand.

“In The Morning” shows off a Parker production complete with a vibrant synth line that is sure to set the mood. If that’s not enough listen to the sweet harmonizing courtesy of Mario Sweet. Sport N Life’s young gun SK along with Parker cap the tune off with some bars aimed to please the ladies.