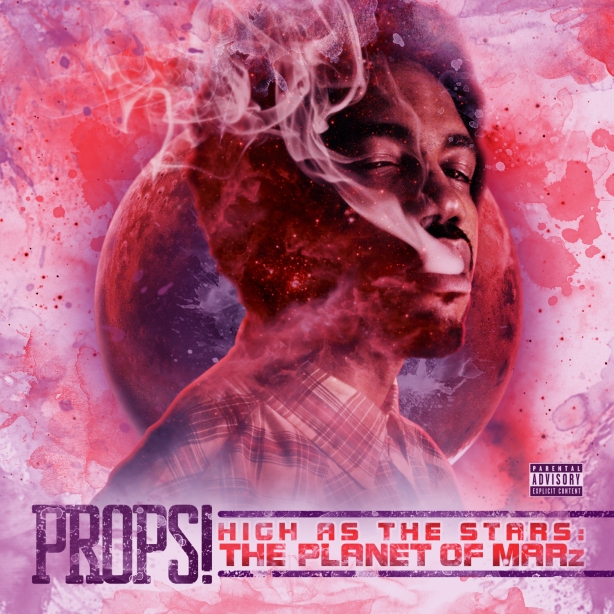 Indianapolis native Props! is not a household name in the Seattle rap game. Yet. His new mixtape, High As The Stars: The Planet of Marz, seeks to change that. The well-executed, self-assured collection of tracks is a big step forward for the MC who has chosen to make Seattle — an unlikely but currently booming hotbed of hip-hop — his home base of musical operations.

HATS:TPOM features high-profile guest shots from Stalley and Wale, not to mention a vital Town co-sign from local legend Vitamin D who lends production on five tracks and guest bars on one. Props! himself proves to be a versatile MC with a well-spanned base of subject matter including standard boastful rap fare (“What Up”), the precariousness of liquor-induced feelings of grandeur (“Superstar”), and unpretentious love-talk (don’t miss the rapper’s visually striking music video for “The Taste of Heaven”).

In a time when everyone and their child’s tutor is trying to make a go of it in Seattle rap, there’s rarely a dubious moment when pressing play on something new that filters through the 206UP.COM inbox. Props!, however, finds that rare balance between sounding overtly contemporary and relevant, while staying rooted in strong MC fundamentals. High As The Stars makes for a promising look from a new man on the scene.