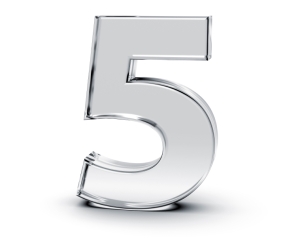 206UP continues its run of special features in celebration of the blog’s five-year anniversary.

Today’s post is fairly significant because it marks the very first time the site has welcomed a piece by a guest contributor. Better still, the author of this post is one Ricky Pharoe, the MC from left-of-center groups Art Vandelay and Ricky and Mark.

You could call this piece a sort of coming-of-age Seattle hip-hop tale, blessed with the sort of acerbic wit and droll humor that colors the majority of Ricky’s lyrical bars.

We’re really happy to have him and think you should all read this — especially you down-and-out rappers who are considering ending it all by enrolling in community college.

“Monday Nights at the Chop” (by Ricky Pharoe)

Before someone was murdered in the backstage hallway, Chop Suey was a decent venue for B level artists. I have a lot of good memories of this sweaty little club. I opened for life-long idols, and got to know every bouncer and bartender to the point that I had free reign of the place before I’d even turned twenty-one. Meanwhile, I made enough money from CD sales and door splits to pay rent; living the dropout dream. I was content for a while, right up until a fateful Monday night in Spring of 2007.

Ah yes, Monday nights at Chop Suey: thrown-together lineups of local scrubs performing for ten of their friends and getting paid in drink tickets. Every Monday show was a mix of North End thugs still rapping over G-Funk Triton beats and dorky backpackers dropping lyrical miracles with rapid-fire, spoken word flows. On this particular Monday, my old friend happened to be the headlining scrub, so I was like “Fuck it, I have nothing better to do.”

Young Ricky was a very impatient human being. My fan base had been growing, but not quickly enough. I sat on that torn-up green room leather couch, laid my head back and closed my eyes, feeling frustrated and hating the fact that I came to this show. My hate was drowned out by a Shoreline super-thug yapping into D. Black’s ear: “Yeah man, I rocked Spokane last week! Shit was crazy son, bitches was fucking loving me! I fucking killed that shit! That venue only held three hundred fifty heads. I sold three hundred fucking discs man, shit was fucking bonkers!” #Verbatim.

So I tried to act like I was enjoying myself and made my way to the bar. The club was packed-out: thirty-five people deep. I talked with a few friends, hit some whisky, and ended up back in the green room about forty minutes later.

When I walked in, there was Blueprint talking with Onry Ozzborn.

I was a huge Blueprint fan at the time; Soul Position had just sold out Chop Suey a month earlier. At first I was stoked, ready to run up and start fan-girling, but then I caught myself. Here was Blueprint – a hole in his jeans, wearing a wrinkled shirt – at this awful Monday night trash-fest. I had no concept of what success in music meant back then. I thought Blueprint was very successful, well paid, and wouldn’t have a second of his life to spare for this weak shit. At the time, I was aspiring to be Blueprint, but ten minutes later I was like, “Yeah, you know, community college doesn’t sound so bad right now.” So I enrolled the next day.

Of course college was a terrible mistake seeing as how the entire structure of the music industry was about to collapse, making it much easier to succeed as an independent artist. Pretty fucking genius of me, especially considering a bachelor’s degree is about as worthless as a record deal in 2014. Turns out, Monday nights at Chop Suey are still more appealing than a day job. Hopefully I’ll make a few dollars on music — enough anyway to be hanging out in shitty venues on a Monday night for no reason. Bet I iron my shirt though. Life happens.

Ricky Pharoe is currently the MC half of duo Ricky and Mark, and also a member of the group Art Vandelay which, to this blog’s dismay, is on indefinite hiatus.