206UP continues its run of special features in celebration of the blog’s five-year anniversary.

Today’s post is the second in a series of guest contributions from different members of the Seattle hip-hop community. Yesterday, Ricky Pharoe provided insight into what it meant to be a rapper drifting in that nebulous realm of up-and-coming yet down-and-out in the Seattle scene circa 2007.

Today, producer/MC Spekulation lists his top five favorite Town hip-hop producers. 206UP thinks you should pay special attention to what he has to say because of his own particular pedigree as an artist: a well-tuned ear and attention to the intricacies of musical composition as opposed to rudimentary pad pushing on a drum machine. The five artists Spek lists embody the very definition of the term “producer” because they stretch beyond the simple beatmaker maxim.

Hit the jump to read more.

When people ask me to define the “Seattle sound,” I cringe because I’m either about to lie or entirely disregard the question. Seattle doesn’t have a particular sound because Seattle’s music scene is so diverse and interwoven that most beatmakers here don’t spend their time learning and borrowing exclusively from other hip-hop producers.

We don’t nurture or protect what we consider to be the Seattle sound because we’re always pushing forward, striking a healthy balance between competition and collaboration with one another. Everyone on this list is the best at what they do because no one else does what they do, and each of these producers has the talent and foresight to change lanes and break new ground when they feel their peers catching up. You won’t buy a new record from one of these cats expecting to hear the same thing you heard on their last record. The approach and technique of each of these folks is what keeps Seattle’s hip-hop as inspiring and fresh as can be.

Sabzi: Before there was a Macklemore, Blue Scholars were one of Seattle’s few nationally successful hip-hop acts, in large part because Sabzi’s production set them apart from other politically-conscious, lyrical rap groups of the same era. What started as a penchant for soul samples and Kanye-like keys on the first Blue Scholars album, grew into a love affair with 808s and tuned percussion on later releases. But through it all Sabzi has always put a premium on building catchy, melody-driven tracks.

If it was only for his work with Blue Scholars (and Common Market), Sabzi probably still would have made this list, but his work with Made In Heights over the last few years is what secures his spot as the Town’s best, in my mind. The way he chops and re-arranges Kelsey Bulkin’s vocals becomes the defining characteristic of their songs, and is a technique I haven’t heard used in that particular way until now. His ability to create melody from percussive instruments – both 808s and more acoustic sounds like wood blocks and snaps – has become a stand-out production technique that few others have mastered.

Bean-One: No one uses a sample the way Bean does. He manages to capture the magic of the sample and turn it into something that is unmistakably hip-hop, without losing any of the heart and soul in the original sample. Add to that his unmatched skill for crafting a kick drum sound, and you’ve got Seattle’s best feel-good beatmaker. His music doesn’t reflect any of the gray, dismal reality of Seattle, but his appreciation for soul music’s traditions make his work the perfect remedy to Seattle’s winter blues.

Bean’s work with Dyme Def a few years back put him on the map, but his recent moves into clothing and merchandising under his Yuk the World label is further proof of his ingenuity and adaptability. What began as a few t-shirt designs has grown into a full clothing line which promotes the artists under Bean’s tutelage. And the guy doesn’t stop working. It feels like every rapper I’ve talked to in the last year has a Bean-One produced album waiting to be released, from Khingz to J Pinder to Bishop I, and that’s not to mention the roster of other Yuk artists who have been steadily working. How he finds time to produce, tour, design clothing and raise two kids, is a mystery to me.

Ryan Lewis: Look, there’s a reason why Macklemore wasn’t nationally famous until Ryan Lewis took over his production. I’ve heard plenty of arguments that the music they create isn’t really hip-hop, and I have absolutely no interest in rehashing or combating those arguments here. Ryan Lewis makes incredibly high quality music and uses it to bring together some of Seattle’s most talented artists in the process. Macklemore is not the best rapper in Seattle, never has been, never will be. But Owuor Arunga just might be one of the Town’s best trumpet players, and Josh Rawlings might be Seattle’s best keys player, and you’d be hard-pressed to find a more capable string arranger than Andrew Joslyn. All those folks and more play on Ryan Lewis’s productions, and those collaborations you just don’t see in any other producer’s discography, especially not at the level of quality that Lewis puts out.

I think it would be shortsighted to claim that Macklemore and Ryan Lewis’s success is all rooted in the music, though. Certainly their imaging, promotion and videos make a world of difference in how they’re perceived by potential fans, and on that front Ryan Lewis is the difference maker as well. Sure, they’ve got a strong team behind them, but Ryan Lewis still makes himself responsible for much of what comes out of their camp, editing videos, designing promotional material, and photography. You may not agree with what they’re putting out, but it’s impossible to argue with the quality of the product or Ryan Lewis’s instrumental role in putting it all together.

OC Notes: Not every producer’s greatness exists in making music for rappers to rap over. While OC Notes’ catalog of rap collaborations is impressive, I put him on this list for his instrumental work. Listening to an OC Notes beat tape or live set is a trip across flowing, ambient samples all the way to trap-ish party percussion. When you see him perform live, his stoic stance and occasional head nod are quickly betrayed by high energy rhythms and playful sample tweaks and modulations. Dude is a ninja warrior.

More than anyone on this list, OC Notes manages to create a narrative through his production, which is why I appreciate his instrumental work and the fact that there’s nothing to distract from the sound experimentation on display. But let’s be serious: there are a ton of Seattle producers doing very similar experimentation. The difference is that OC Notes maintains a great ear for catchy melody throughout most of his work and, no matter how far out of left field it comes, an OC Notes record is always going to sound good. 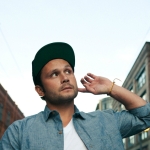 Justo: I remember Gabriel Teodros once telling me that he’d recorded a bunch of verses for The Physics throughout the years, but he’d never once been featured on an actual Physics release. I think that alone speaks to what a shrewd and careful producer Justo is. The parts have to fit together perfectly before the world is going to see it. And it shows. There’s a reason The Physics don’t put out work at the same rate as their peers, and it’s for the same reason that their releases are all met with such acclaim. Work of this caliber takes time.

If I was being completely honest, I would say that before their last album, I considered The Physics to be a high quality, if predictable rap group, and I put them right alongside folks like Blu and Exile or Foreign Exchange, groups whose work I respected and whose techniques I emulated, but always felt like I knew what to expect when I listened. Then 2013’s Digital Wildlife was released and it shattered everything I expected, transcending hip-hop but also proving that with the right amount of patience and talent, local music can reach that level of quality and musicality. 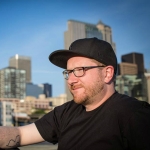 Matt “Spekulation” Watson is a music composer, producer, MC, and internet meme superstar. He’s found fame — or rather, fame has found him — through both likely and unlikely channels, in the high- and low-brow corners of the world wide web. Just do a Google search and you’ll see. Whatever you do, though, don’t miss Enemy Within, the documentary short he recently scored with frequent collaborator Nate Omdal.